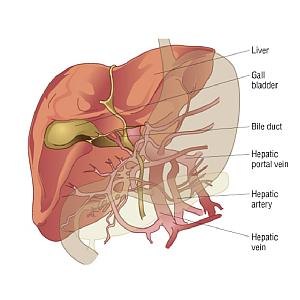 There are many people who don’t know the vitality of liver and the role it plays in the functioning of the body. If you are also one of these people then you must know that liver is one of the most vital organs of the body. It is the detoxifier of the body as it helps to eliminate all the toxins from the body. Thus, any damage to this organ can lead to death. The most common disease of the liver is the cirrhosis of liver wherein there is deterioration of the liver due to chronic injury. In this disease, there is a blockage of blood through the liver and unhealthy or scar tissues replace the normal tissues of the liver.

Faulty diet and excessive consumption of alcohol are the major causes of liver cirrhosis. Thus, a person consuming an excess of alcohol stands higher chances of developing this condition. However, there is, in fact, no need to worry about liver cirrhosis as there are many ayurvedic medicines that help to get rid of this condition in an effective manner.

Ayurvedic Treatment for cirrhosis of liver

As the saying goes, that prevention is the best cure, this applies to this condition as well and hence a person needs to curb the intake of alcohol to prevent the disease in first place. One of the most effective treatments for Liver Cirrhosis is the juice of the leaves of Bhringaraja or Eclipta Alba. This is mainly because; Eclipta Alba is known as an hepatoprotective and hence helps to get rid of not only Liver Cirrhosis but also other disorders of the liver. It not only helps in eliminating the Liver Cirrhosis but also contributes towards enhanced digestive system and improves the appetite of the person. However, it is bitter in taste and hence needs to be consumed along with honey especially if the patient is a child. Another Ayurvedic treatment for the sake of treating liver cirrhosis is Katuki . Katuki is herb obtained in the Himalayas in the Indian sub-continent. It consists of the dried rhizome and its root Picrorhiza kurroa or Royle ex Benth.  Rhizome is cut into small pieces and the person is asked to consume in the form of a tablet.

The person suffering from liver cirrhosis should stay away from food that cannot be easily digested. The person should also stay away from foods such as curd, ghee, and oil. Vegetables such as bitter gourd are effective in treating liver cirrhosis. In some cases, fasting for some days can also help in bringing the functions of the liver on track. A person suffering from liver cirrhosis should also not sleep during the day time and should avoid travelling on bumpy roads as much as possible and should also refrain from indulging into any strenuous exercises and take rest.

96 thoughts on “Ayurvedic treatment for Cirrhosis of the liver”